Coal mining was the source of much of the wealth of Wrexham, but it also caused much heartache. Mining was very dangerous, particularly in a time of limited health and safety regulations. In September 1934 disaster struck the Gresford Colliery when an explosion killed 266 men and boys. The scale of the fire and the terrible conditions in the mine following the explosion meant that only 11 bodies could be recovered.

The tragedy hit the town hard. This was one of Britain’s worst coalmining disasters, leaving 164 widows and 242 children without a father. For many this meant losing their main wage and they would have found themselves in very difficult financial circumstances. 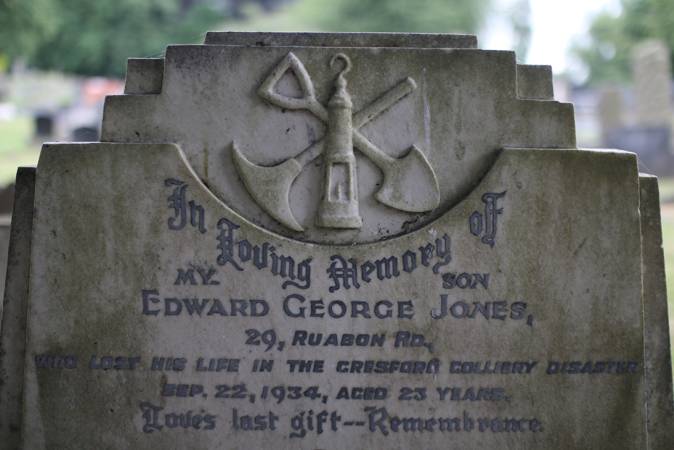 Surviving colliery men lost their jobs when the affected area of the colliery was forced to close. The whole colliery closed in the 1970s and was redeveloped in the 1980s as an industrial estate. In 1982 a memorial to the victims of the disaster was erected nearby.

Henry Dennis, the owner of Gresford Colliery at the end of the 19th century, was buried at Wrexham Cemetery in 1906.