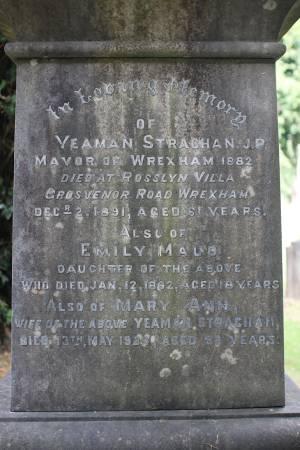 When Wrexham Cemetery opened in 1876 it was just over 5 acres in size. Local nurseryman and later Mayor of Wrexham, Yeaman Strachan (1830–1891), designed the Cemetery. Once opened, Strachan continued to manage the grounds. When he died, aged 61, he was buried in the Cemetery which he had developed and cared for.

Strachan used the Gardenesque style, inspired by ‘the father of the English garden’, John Claudius Loudon (1783–1843), which is intended to be a work of art, hence the geometric, symmetrical planting. The paths were designed for ‘taking the air’, the Victorian pastime of going outdoors for a leisurely stroll. You now walk in their footsteps as the paths follow the original routes.

The Ground could not have been laid out with greater taste, and Mr Strachan who prepared the plan and carried it out, is deserving of the highest encomiums for his good taste. (Wrexham Guardian) 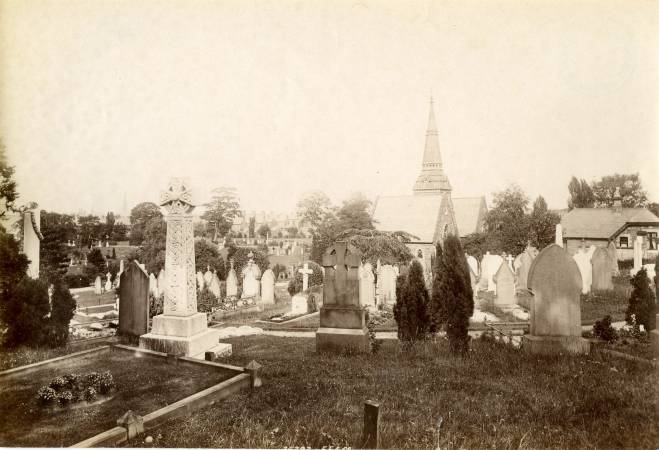 During the 19th century social class was as important in death as it was in life. The Cemetery was therefore laid out by social class, with 1st class graves occupying the plots facing onto and perpendicular to the paths, on prominent corners and on high ground. These plots are marked by large memorials, often with elaborate features such as statues. 2nd class plots occupied plots directly behind the 1st class plots, whilst 3rd class plots were in the centre of the sections. Public graves were also used within the Cemetery. These were for families that could not afford a private burial plot and sometimes accommodated up to 20 burials. These graves were often left unmarked, or marked by small headstones.

As the Cemetery expanded and filled up, the orderly pattern of burials was not maintained and often a plot shown on the plan of the Cemetery did not exist on the ground. New burials ended up occurring wherever there was space.